It can often be quite interesting to study the source code metrics behind a software development project. Not a surprising interest: it is accounting afterall. GnuCash has grown, over the years, from a small handy electronic checkbook to a rather large and multi-featured desktop app. 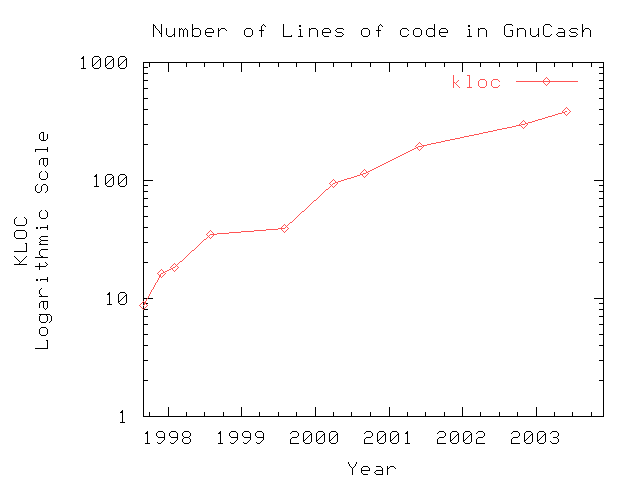 Given that we have about 400 outstanding bugs in bugzilla, that works out to about one bug per thousand lines of code, or one bug per 50 pages of printout. This bug count is actually not atypical for software projects; it is near the norm.

where KLOC == kilo-lines-of-code, as reported by wc. As noted above, wc is not a terribly good code metric, but it is what we have handy.